This is your PetBiome discovery portal where you can view your pet’s interactive report and access information.

WE HOPE YOU ENJOY YOUR EXPLORATION.

The information on this report is for educational and informational use only. The information is not intended to be used for any diagnostic purpose and is not a substitute for professional veterinary advice. You should always seek the advice of your veterinarian with any questions you may have regarding diagnosis, cure, treatment, mitigation, or prevention of any disease or other medical condition or impairment or the status of your pet’s health.

The information on this report is for educational and informational use only. The information is not intended to be used for any diagnostic purpose and is not a substitute for professional veterinary advice. You should always
seek the advice of your veterinarian with any
questions you may have regarding diagnosis,
cure, treatment, mitigation, or prevention
of any disease or other medical
condition or impairment or the
status of your pet’s health.

Your pet’s biome is a community of micro-organisms, consisting of a mixture of the good (host friendly), the bad (linked to disease), and the not so bad (don’t do any harm but don’t contribute to good nutrition). This community is influenced by many factors including the breed of your dog, his age and the food he eats. Although a high percentage of bacteria contribute towards your pet’s health, some are pathogenic and if there is an overgrowth of these bad bacteria, they can have harmful effects.

It is important to maintain the right balance between the beneficial and not so bad bacteria. The balance can alter through stress, the use of medications and with a change in diet. Some imbalances may show as gastrointestinal discomfort and other imbalance show as allergies, diarrhea or poor gastrointestinal health. Bacteria have jobs to do and contributions to make, some provide energy, vitamins and help to make nutrients, such as carbohydrates, more available. Other microbes interact with the immune, endocrine, nervous system and brain.

Your Pet’s Report - Part One

Diversity Score – The most important measure of gut microbiome health

Who’s In There? This part looks at the top groups of bacteria at genus level. Bacteria are divided into groups to make them easier to understand and identify, the major players and highlights their nutritional contributions and benefits.

You will see in Part One, how important certain bacteria are to your pets health. You will also see how by making some small changes to the diet, beneficial bacteria can be encouraged to increase in number, providing even more benefits.

Some of the dietary changes mentioned in your report are made by adding prebiotic ingredients such as inulin. The definition of a prebiotic is ‘’a non-digestible food ingredient that beneficially affects your pet by selectively stimulating the growth and/or activity of one or a limited number of bacteria in the colon and thus improves health.’’ Inulin is only one example of how important plant chemicals can be to the biome, another group you will hear mentioned is plant polyphenols.

Probiotics are also mentioned these are live bacteria, rather than a food for the bacteria. Other recommended dietary changes will relate to imbalances between the groups of bacteria that feed or digest carbohydrates, fats and protein. Making small changes in the amount or quality of these major nutrients will significantly improve the health of the gut and prevent any future opportunity for inflammation and colitis.

This part refers to the bacteria identified across all of the taxonomic groups and specifically the ability of the microbiome to digest the key dietary groups; Proteins, Carbohydrates and Fiber. Excessive proliferation of either of these may indicate access is provided in the diet.

This section also gives some insight into the flatulence odour based on bacterial species that are able to produce certain gasses in the gut. 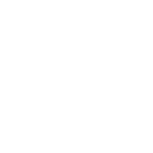 This section explains how and why the bacteria contribute to the health and well being.

For example, some bacteria help rebuild the gut wall, some trigger an immune response and some talk to the brain about what and how to act, eat and sleep.

Other bacteria ‘take over’ and form biofilms, taking nutrients away from your pet and reducing the pH (acidity) of the hind gut preventing fermentation and causing discomfort.

The diversity of your pet’s gut microbiome is important. Microbial diversity is a measure of both the different types and the amount of bacterial species in your sample. Your pet’s diet as well as other factors such as stress, age and medications will affect the overall microbial diversity. Low microbial diversity is often associated with poor health. Diversity can also increase in really sick animals especially in certain groups like alpha-proteobacteria.

Let us give you a quick refresher in biology. The pie chart below is a representation of the bacteria “families” or genus in a healthy Dog when compared to Charlie’s gut.

Different types of bacteria are needed to do different jobs in Charlie’s gut. Having the right percentage of each of them, without a single family taking too much space is the key to a balanced biome.

You can click on each family to see what they do and how their numbers can affect Charlie‘s health.

New and re-emerging diseases have been increasing steadily in the last 20 years with more than 70 percent being zoonotic in nature. Despite Australia's strict quarantine procedures, a zoonotic disease outbreak is a constant risk, the above listed pathogens are the most common and represent the highest risk. The 16s rRNA gene is used by health authorities around the world, considered to be the most effective and accurate method of identification (Socolovschi et al 2010, Srinivasan et al 2015). The List below describe the main culprits, clicks on the name of each to the more information

The List below describe the main culprits, clicks on the name of each to the more information

Microbial total RNA is extracted, ribosomal RNA molecules are removed from total RNA, and the remaining RNA molecules are sequenced on Illumina NextSeq or NovaSeq. Proprietary bioinformatics algorithms are used to perform taxonomic classification and functional analysis of the sequencing data.

Canine Microbiome's results and recommendations are based on our ability to identify and quantify thousands of microbial taxa. There are microorganisms that thrive in the gut whose genomes have not been sequenced. Canine MicroBiome is unable to identify those specific organisms, but can identify their near neighbours, which have similar structure. There are also taxa that we cannot discriminate because of their sequence similarity, for example at the strain level. There are some RNA transcripts that may not always align and match to specific known organisms, which may be due to the fact that these sequences are poorly characterized, reliable consensus sequence may not be available for reference. Canine MicroBiome monitors the growth of public genomic databases and will update its own databases when there is sufficient new information to be worthy of incorporation. Detection of a microorganism by this test does not imply having a disease. Similarly, not detecting a microorganism by this test does not exclude the presence of a disease-causing microorganism. Further, other organisms may be present that are not detected by this test. This test is not a substitute for established methods for identifying microorganisms or their antimicrobial susceptibility profile. Results are qualitative and identify the presence or absence of identified annotated organisms.

The Dog Biome 5.0 analysis provides insights into your dog's gut microbiome environment and how it may influence your pet's health. The test is designed to be used solely to identify the genetic makeup and composition of gut microbiome in your dog and no other purpose is intended, authorized, or permitted, including diagnosing diseases. This report is for informational purposes only and cannot be used to diagnose or treat medical conditions. If any of the results are of concern to you, please consult with your pet's veterinarian.

Every dog's microbiome is unique and their composition is the result of many factors, including genetics, environmen nutrition, hydration status, stress and more and training.

Upon receipt of your sample, the microbiome DNA in your dog's faeces is analysed to determine the microbes likely present with a reasonable degree of certainty. Our procedures are designed to provide reliable and accurate results. Canine Microbiome is not responsible for any errors in obtaining the faecal sample or for any injuries or loss that may occur as a result.

The purpose of the Dog Biome 5.0 Test is to identify the genetic makeup of the microbial population in your lms large colon. The test is not designed to diagnose any ill health or predisposition to disease, and test results should not be relied upon as a diagnostic test.

The test is based upon an extensive database of validated microbes in published scientific literature. If your dog biome contains other microbes, it may result in the microbes, or a combination of microbes entered in to the database.